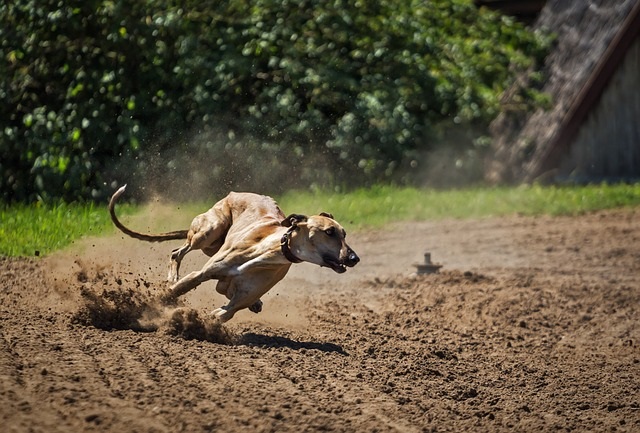 A dog’s appearance is largely determined by the job it was bred to perform. Generally, dogs with long legs were bred for sprinting while dogs with strong, short legs were bred for activities requiring endurance, stability and strength. A breed’s function informs the location of the dog’s muscle mass and muscle activation patterns across different regions of the dog’s body. It also affects the dog’s skeletal attributes such as size, length and strength of bones. A dog’s musculoskeletal form facilitates the specific type of movement required to perform the jobs it was bred to perform.

Why is it important to know your dog’s original function?

Knowing the function for which a dog was originally bred informs their musculoskeletal structure and movement patterns so we, as dog carers, can:

Appropriate exercise, conditioning and proactive injury prevention and treatment throughout the dog’s life increases the likelihood of the dog maintaining a good quality of life well into their senior years.

Differences in form between a Greyhound and Staffordshire Bull Terrier

The differences in structure based on a breed’s function were recently researched. A team investigated the differences in epaxial musculature of two breeds of dogs bred for contrasting functions – the Greyhound and Staffordshire Bull Terrier. The purpose of the study was to provide comparative quantitative data on muscle functional anatomy. The study collected data on the epaxial musculature of the two different breeds of dogs bred for contrasting purposes to highlight how the breeds’ musculature had adapted to meet the demands of their function.

The epaxial muscle systems in the dog are complex and varied. Their function is not consistent along its length therefore the musculoskeletal anatomy also varies along the length of the spine. A significant inconsistency in the spinal musculature is there are cranial / caudal differences of muscle fibre type along vertebral column and in individual epaxial muscles. These differences are further observed in dogs bred for contrasting purposes.

The transversospinalis system is medial (closer to the midline) than the longissimus and iliocostalis systems. This system includes the following muscles:

The role of these muscles is to stabilize the spine and facilitate head and neck movement.

The longissimus muscles lie medially (closer to the mid line) than the iliocostalis muscles. This muscle system comprises fascicles that extend from the ilium to the head. The thoracolumbar part of the longissimus muscle system is the largest muscle of the dog’s trunk. It extends from the iliac crest (pelvis) to the last cervical (neck) vertebrae.

The ilocostalis muscle system comprises a series of fascicles the lie laterally to the other epaxial muscles that forma long narrow muscle running cranioventrally over many spinal segments. The lumbar segment arise in the ilium (pelvis) while the cranial portion extend to the first thoracic vertebrae. The last fascicle extends into the cervical vertebrae and inserts into the C7.

These two systems are not easily distinguishable from each other in the lumbar region. Their function includes the following:

This breed is selected for speed and stamina and as such the Greyhound’s epaxial muscles are specialised for power production and facilitating spinal motion.

Greyhounds require significant muscle power to accelerate at the speeds required. In fact, the muscle power in an accelerating greyhound has been measured at the top end of known muscle power output in mammals.

As a breed, Greyhounds have a number of physiological adaptations for power output. Firstly, they have a higher proportion of fast muscle fibres than other breeds however the higher proportion of fast muscle fibres is insufficient to provide the power the Greyhound requires to enable rapid acceleration. The elastic elements in the Greyhound’s limbs is thought to amplify the power produced by the muscles. It is proposed that these elements (tendons, aponeuroses, and fascia) may amplify the Greyhound’s muscle power by up to 15 times.

This breed was originally selected for physical combat and as such shows adaptations for high muscle strength and postural stability. Notable adaptations include:

Both breeds demonstrated differences in muscle architecture between regions of the vertebral column and functional muscle groups.

In the SBT, there are a number of muscles in the cervical region that have greater mass compared with the Greyhound. These muscles include obliquus capitas cranialis, obliquus capitas caudalis, and semispinalis capitis. The semispinalis capitis muscle generates high forces within the vertebral column and facilitates head and neck movement. Head and neck motions are important for effective locomotion and other behaviours such as feeding, orientation and defence. The difference in muscle size in the cervical region reflects selective breeding for different skull and neck conformation to facilitate different functions.

In the Greyhound, there are a number of muscles in thoracic region which are larger compared with the SBT. These include serratus dorsalis, scalene, and multifidius thoracis. These three muscles have insertion or origin in the ribs. The function of these muscles is to facilitate locomotion, facilitate ventilation and contribute to inspiration by expanding the thoracic cavity by rotating the ribs cranially or laterally. Ventilation and locomotion are intrinsically linked during galloping gaits. Animals specialised for sprinting need enhanced adaptions of musculature to facilitate ventilation during galloping.

The longissimus dorsi muscle has the highest capacity for force generation in both breeds. It has short fascicles and high PCSA (Physiological cross section area (PCSA) calculated as the muscle volume divided by mean fascicle length.). In the Greyhound, this muscle has an increased propensity for force production compared with the SBT.

The function of this muscle is to stabilise the vertebral column against dynamic forces and the limit hyper flexion of the spine. The caudal component of the longissimus dorsi and iliocostalis lumborum muscle complex in greyhounds is specialised for rapid and powerful extension of the lumbar spine for sprinting. This muscle unit reflects specialisation for use at the galloping gait and at high speed. At high speeds, the greatest level of sagittal bending occurs in the lumbar region. The greatest muscle activity when accelerating through the walk, trot to gallop occurs at L6. As such the percentage of glycolytic muscle fibres (fast muscle fibres) increase caudally along the epaxial muscles to facilitate increased muscle fibre contraction speeds and adaptation for muscle activity over a wider ROM (range of motion).

Additionally, the elastic elements in the limb and back play a role in amplifying muscle power the Greyhound requires for acceleration. The aponeuroses are efficient springs for storing and releasing energy. The thoracolumbar fascia also stores and releases energy during locomotion.

The comparison of the neck and back muscles of Greyhounds and Staffordshire Bull Terriers highlights how a breed’s original function influences the dog’s musculoskeletal structure.

Understanding a dog’s original function helps us to choose activities within our dogs’ functional range. In so doing, we increase the likelihood of the dog excelling at the activity and reduce the risk of injury. Appropriate exercise throughout the dog’s life contributes to them maintaining a good quality of life well into their senior years.