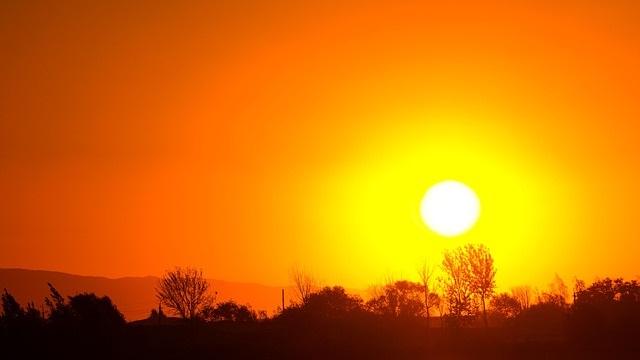 Is it too hot to walk my dog? How exercising in the heat affects dogs.

Over the Christmas holidays, life slows down a little for many of us. We like to sleep a little later and enjoy the quiet of the morning with a relaxing cup of tea or coffee. But by the time we start the day it is already warming up, so when is it too hot to walk the dog and what effect does heat have on dogs’ muscles and their ability to exercise?

Several studies of the effects of heat on working and military dogs have been undertaken as these dogs often work in hot environments at all times of the day (think war zones). Additionally, these dogs are so motivated to work they will continue to the point of severe dehydration, heat stress of heat stroke. While most of our pet dogs don’t exercise in the same conditions or with the same level of intensity, any increase in our dogs’ body temperature above 41 degrees Celsius has damaging effects on the body’s tissues including their skeletal muscles.

How do dogs regulate their body temperature?

When thermoreceptors in the hypothalamus receive signals from the skin and central nervous system that there is an imbalance between heat generation and heat dissipation which causes a rise in the dog’s body temperature then following responses occur.

Constriction of renal blood vessels and those within the dog’s organs coupled with dilation of the blood vessels on the skin. These vascular changes shift heated blood to the body’s surface including the tongue to aid evaporative and convective cooling. For these responses to occur, cardiac output is increased.

With increased peripheral blood flow, the dog can regulate their body temperature (by cooling their blood) in the following ways.

1. Radiation – heat is removed by the application of a cooled object like a cool towel or ice pack.

3. Convection – exchange of heat from the body to air passes over. This type of cooling occurs when the dog sits near a fan or in the wind.

4. Evaporation – This is the most important form of heat dissipation for dogs as their body temperature increases. Evaporative cooling occurs through panting and increased salivation. When the dog pants, they inhale cool, dry air which comes in contact with a wide evaporative surface of the nasal and oral cavity and they exhale hotter, moister air.

When the dog’s body is under physiological or stress conditions such as heat, then the body synthesises heat stress proteins. These proteins have a protective function. During times of stress, they maintain intracellular functions and stabilise the dog’s structural proteins including those in skeletal muscle. High levels of expression of these proteins increase the dog’s heat tolerance. Factors such as aging, illness, dehydration however can affect the expression of heat stress proteins.

Effects of heat and exercise on dog’s muscles

The most prominent changes to the dog’s skeletal muscle (those that produce movement) is an increase in creatinine kinase (CK) and aspartate aminotransferase (AST) levels. Creatinine kinase is released from the body’s muscle stores of phosphorcreatinine. Modest increases in these enzymes in the dog’s blood, particularly CK indicates mild muscle damage which occurs with normal exercise. However significant increases can suggest a more severe condition called rhabdomyolysis.

Rhabdomyolysis is a condition in which the skeletal muscle cells breakdown causing myoglobin to be released into the blood. Myoglobin is the protein in muscles which stores oxygen which is essential for normal muscle function. An accumulation of myoglobin in the dog’s blood can result in kidney damage or failure.

While rhabdomyolysis has many causes including metabolic disorders, inflammation, and ingesting some medications and toxins, it can also be the result of heat and exertion. Initial signs of the condition are general including diminished strength, reluctance to perform and alterations in the dog’s gait. As the condition progresses, signs of renal failure become apparent.

What are the factors affecting dogs’ ability to regulate their body temperature?

When the environmental temperature is high, this adds external heat to the dog. If heat generation exceeds the dog’s ability to dissipate the heat then heat stress can result.

Dogs that are accustomed to exercising in high temperatures are better able to regulate their body temperature in these conditions. For most dogs, the temperature gradually increases as summer approaches, however for dogs who are expected to perform in temperatures to which they are unaccustomed a period of acclimatization is recommended. (10 – 20 days) During this period, with careful conditioning, the dog is able to lower their core body temperature, reduce their heart rate, and improve their capacity for evaporative cooling so their heat tolerance is improved.

When dogs pant and increase salivation to cool themselves via evaporation, they need to ingest water to replace water losses. Without drinking water, plasma sodium levels rise causing changes in the dog’s bodily fluid water balance which inhibits their ability to effectively regulate their body temperature.
When dehydrated, the dog actually pants less and reduces salivation to conserve bodily fluids. In hydrated dogs, saliva loss from panting during exercise is about 7 ml/kg / hr while in dehydrated dogs the amount of water lost was about 7% less and salivation is reduced by 90%. It is thought that a selective brain cooling mechanism which is unique to the dog and some other species (not humans) has a role in minimising body fluid loss when the animal is dehydrated.

The carotid rete mirabile is a network of blood vessels branching from the carotid artery which passes through the nasal cavity where the blood is cooled. Through the carotid rete mirabile, the warm arterial blood exchanges heat with the cooled venous blood thereby cooling the dog’s brain. When the thermoreceptors in the hypothalamus receive signals that the brain cells are cool, the stimulus for panting is reduced thereby reducing the rate of evaporative cooling and conserving bodily fluids. When the dog rehydrates, the brain cooling mechanism ceases immediately, the brain cell temperature increases which stimulates panting to resume. When a dog drinks water, panting resumes within 1 – 3 minutes and the core body temperature starts to decrease.

Hydration is necessary for effective evaporative cooling through panting and increased salivation, it is also necessary for effective cardiac output. When the dog is hot, cardiac output increases to move blood from the organs to the periphery, dehydration affects the viscosity of the blood. Decreased blood flow to peripheral blood vessels due to dehydration or other factors affecting cardiac function affects the dog’s ability to dissipate heat via evaporation, radiation or convection mechanisms and increases the dog’s risk of heat stroke.

Other factors that affect dog’s ability to dissipate heat

The dogs’ heat tolerance and ability to effectively cool themselves are also affected by obesity, age, brachycephalic breed (evaporative cooling is not as effective due to restricted nasal cavity), and medication that affects the dog’s cardiac function.

Tips for safely exercising your dog in summer

To maintain your dog’s exercise routine while keeping them safe from heat stress here are some tips: