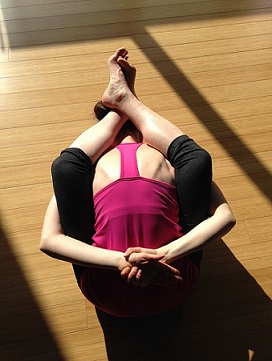 Link between excitability and joint hypermobility in dogs

Joint hypermobility syndrome or JHS is a disorder affecting the connective tissue that leads to joint laxity. It has been widely studied in humans and features of the disorder include:

In human studies, there is an association between joint hypermobility syndrome (JHS) and anxiety. People with JHS experience increased fear, agoraphobia and pain. The strongest association between JHS and psychological conditions is with anxiety disorders.

In humans, it is thought there are two possible mechanisms for the association between joint hypermobility and anxiety disorders. Firstly, it is thought that patient’s autonomic responses are dysfunctional with the following regions of the brain being affected: insular cortex, amygdala and anterior angulate cortex. These brain regions are linked to autonomic arousal and heightened emotional states.

Does joint hypermobility occur in dogs?

While JHS has been studied in humans, little research has been performed in other species including dogs. A retrospective study of guide dogs and assistance dogs has found similar associations between excitability and joint hypermobility to those identified in human studies.

The study reviewed data collected from 2001 – 2014 by guide dog organisations. Two forms of data were analysed for the study:

The cohort was clustered into four groups based on their PennHip assessment scores and analysis performed to identify behaviour and demographic factors of the groups with the highest and lowest levels of hip hypermobility.

In this cohort, female dogs were 3.66 times more likely to have high hip distraction scores than males.

Analysis of the correlation between breed and high hip distraction scores indicated that Golden Retrievers were 8.58 times more likely to have high joint hypermobility scores compared to other breed groupings. On the other end of the scale, Labrador Retrievers and German Shepherds were 5 times more likely to be in the lower hip distraction cluster.

In terms of behaviour, dogs in the highest joint hypermobility cluster also had higher incidence of excitability and aggression toward familiar dogs.

In dogs, excitability can be defined as the ease with which the dog enters a high state of arousal (regardless of valence) in response to an external stimuli. Signs of excitability in dogs may include:

For each one point increase in C-BARQ excitability scores, the dog was 1.26 times more likely to be in the highest joint hypermobility cluster.

The second set of behavioural traits analysed was the association between C-BARQ scores on aggression toward familiar dogs with joint hypermobility scores. The study used the “aggression toward familiar dogs” C-BARQ trait as an indicator of the dog’s anxiety level. The reason for the link between aggression and anxiety was based on thinking that the dog’s level of anxiety or ambivalence in a group of dogs factor affects intra-group aggression. Therefore, the higher the level of aggression the higher the anxiety levels.

The study found that for each one point increase in C-BARQ aggression to familiar dog score, the dogs was 1.7 times more likely to be in the highest joint hypermobility cluster. As an indicator of anxiety, this finding aligns with those of human studies of JHS.

This study concluded that similar to findings in human studies, there is a link in dogs between joint hypermobility and emotional arousal states.

In humans with JHS, there is evidence that physical therapies that address muscle strength and function are beneficial to keep patients active and participating in regular exercise. Additionally, manual therapy that address motor control are effective in restoring proprioception, balance and co-ordination.

Further, manual therapy and relaxation training in humans that addresses the emotional states linked with JHS have some benefits.

Likewise in dogs with joint laxity, the goals of therapy would be similar and include:

Image by Rachel Scott from Pixabay