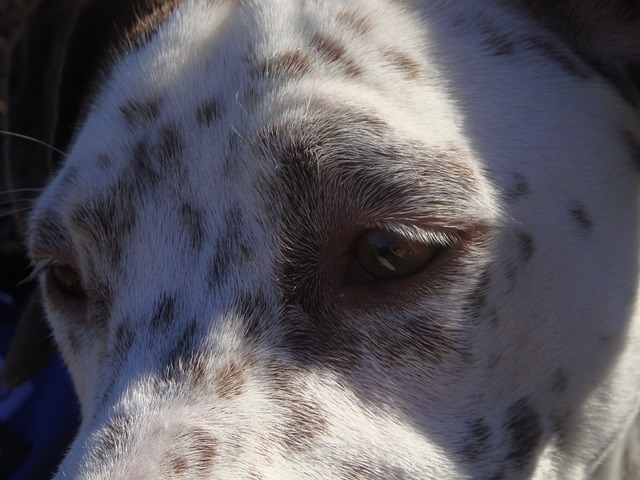 The benefits of regular exercise for cardiovascular and musculoskeletal health are well documented in humans and animals. Such health benefits are particularly relevant when associated with healthy aging in both humans and animals. Recent investigations demonstrate a further benefit. There is evidence of a positive relationship between slowing age related deterioration of cognitive function and regular exercise in humans. As dogs are increasingly being seen as a model for human aging, with them displaying similar age related cognitive changes, the findings of human studies on the benefits of physical activity may also be extrapolated to canines.

Functional and structural deterioration of most of the body’s systems occur with age even in the absence of disease. Body systems affected included neurological and neuromuscular systems. Regular physical activity in humans has been shown to slow the progression of age related cognitive and motor decline. Cardiorespiratory fitness particularly benefits the hippocampus, frontal and parietal areas of the brain which control executive functions: self-regulation, time management, and resource management.

The effects of aging on cognitive function is studied by observing the speed of processing. Processing speed is typically measured by response time (RT) between a stimulus like a sound or visual cue and the participant’s manual response (i.e. pressing a button). Decreased response time can be related to decline in sensory, motor or cognitive functions.

Studies in humans have shown that physically active elderly people have faster stimulus-response times than sedentary humans. In a study that measured the relationship between physical exercise, prefrontal cortex (PFC) activity and response times to a visual stimuli, participants were divided into three groups: younger (mean age 24 years), middle aged (mean age 49 years), and older (mean age 73 years). Within each age group, participants were divided into a non-exercise group and an exercise group. Those in the exercise group exercised 3 days /week for at least 1 hr / session e.g. swimming, running, martial arts etc.

The study required participants to press a button when a visual stimulus appeared. Measurements of pre and post stimulus brain function were taken to determine response time and brain activity.

Older participants responded more slowly than the other groups with fewer number of anticipations. On average, participants who exercised had an average response time 10 milliseconds faster than those in the non-exercise group.

This study concluded that regular physical exercise is correlated with a reduction in age-related reliance on PFC to achieve a simple task and faster response times. In older adults, high levels of pre-stimulus activity in the PFC indicates the requirement to recruit additional cognitive control to compensate for decreased efficiency of motor neuron recruitment. Pre-stimulus brain activity is evidence of a process of gathering sensory information and requiring greater time to reach a response threshold which is demonstrated in slower response times with greater PFC activity.

In physically active older participants, aged related recruitment of the PFC was reduced as were their response times to the stimulus, leading researchers to conclude that exercise positively affects cognitive functions in humans. Specifically, it appears to affect different cognitive domains on the brain. Executive functions are improved by exercise leading to the conclusion that brain regions and networks supporting these functions are more sensitive to the effects of exercise than other brain areas. Frontal cortical areas associated with executive and attentional functioning decline with age but are positively affected by exercise while processes that rely on other brain areas like implicit memory, verbal ability and word knowledge remain stable throughout a person’s lifespan.

The cognitive and neurobiological changes observed in humans as they age are consistent with many changes seen in middle age (5-9 years) and older (over 9 years) dogs. As dogs age, cognitive functions and learning tasks are affected by age including: size concept learning, oddity discrimination learning, size discrimination learning, spatial learning, tasks sensitive to prefrontal cortex function including reversal learning visuospatial working memory, egocentric spatial learning and reversal (selecting an object based on the animal’s body orientation). Memory also declines with age in dogs.

As discussed above, cognitive dysfunction is not inevitable with aging in humans. Likewise with dogs, there is variability in the structural and molecular changes that occur in the dog’s brain with age and these changes are linked to cognitive function.

As some dogs age, evidence of cortical atrophy is observed. Dogs with significant atrophy perform poorly on tests of learning and memory, like humans with dementia. Potential causes for atrophy include loss of neurons or changes in neuronal density potentially from a slowing in the rate of replacing dying neurons. The number of neurons correlate with cognitive function in dogs particularly in relation to visual discrimination. Slowing in the rate of replacing neurons (I.e. fewer new neurons) affects the dog’s ability to perform learning and memory tasks.

Neuronal dysfunction and death can be caused by oxidative damage to proteins, lipids and nucleotides. Systems that produce antioxidants begin to fail with age. Carbonyl groups (evidence of oxidative damage to proteins) accumulate in the brain due to the downregulation of antioxidant enzymes, glutamine synthetase and superoxide dismutase (SOD). Likewise, the accumulation of end products of lipid oxidation are also present in the brains of older dogs. Finally, oxidative damage to DNA or RNA increases in the aging dog brain resulting in potential behavioural changes.

Consistent with the findings in the human study, behavioural enrichment including physical exercise, environmental enrichment, social enrichment and training provide cognitive and neurobiological benefits for dogs as their age.

Ensure dogs receive regular (ideally daily) physical activity to maintain their cardio vascular and musculoskeletal health as well as slow the aged related cognitive deterioration. Match the type of exercise to you and your dog’s physical ability. If your older dog has mobility problems, perhaps consider hydrotherapy or a swim at the beach. Two or three shorter lead walks each day may also suit older dogs rather than one longer session.

If you are unable to exercise your dog, consider engaging a dog walker to assist. See for https://www.fullstride.com.au/blog/How+often+should+you+walk+a+dog for a list of dog walkers.

In addition to the physical benefits, exercising your dog outside the home provides them with mental stimulation. They are able to see, smell and experience new places which provides cognitive benefits.

Enriching your dog’s living space also has positive effects on maintaining cognitive function. A public Facebook group has practical ideas for enriching the environment of dogs of all ages and physical capabilities. (Search for “Canine Enrichment”.)

You may like to consider joining a social dog training group, so your dog can continue to learn new skills and enjoy the company of other dogs (if your dog is so inclined).

Alternatively, teach your dog tricks at home or while you are out at the park. The process of continually learning slows the process of cognitive decline.

In humans and animals, it appears that cognitive dysfunction is not inevitable with age. The rate of cognitive decline can be positively affected with regular physical activity. In dogs, providing enrichment, and social and learning opportunities may also contribute to maintaining cognitive function.