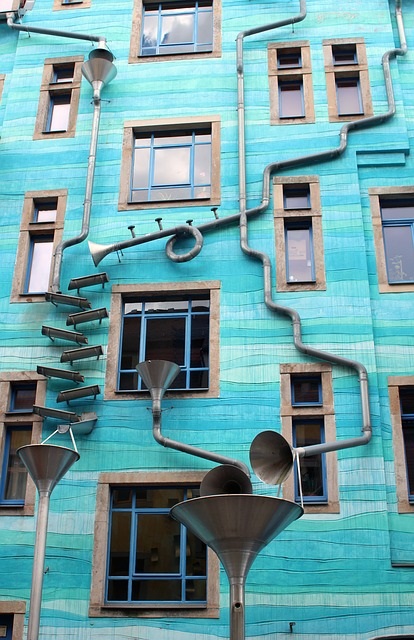 Effect of massage on the dog's lymphatic system

The dog’s lymphatic system is key to a strong immune system. A properly functioning immune system protects the dog from pathogens, allergens, and disease. Lymphatics transport and clear immune cells from the body’s tissues. To function properly, the dog’s lymphatic system relies on tissue movement from muscles and the vascular system. However, a range of conditions may affect the way that lymphatics operate and in turn adversely impact the dog’s immune response. Massage is known to stimulate the circulatory system but what effect can it have on the lymphatic system?

Lymphatic system in the dog

There is also a vascular component of the lymphatic system. This component comprises lymph vessels, lymph capillaries and lymph collecting ducts. These vessels are surrounded by smooth muscles and some segments are contractile to contribute to lymph flow. However, the flow of lymph is largely dependent on the movement of adjacent muscles and vasomotion (pulse pressure).

The function of lymphatic tissues is twofold. Firstly, to drain excess fluid from the organs and the body’s tissues and secondly, to defend the body from foreign substances and pathogens.

The lymphatic system’s role in transporting excess fluids is an adjunct to venous part of the circulatory system. When blood flows through the capillaries, most fluid is reabsorbed into venous capillaries. However, some fluid, nutrients, exogenous particles, and small proteins “escape” into the interstitial (intercellular) space in tissues. The fluid in the interstitium is clear and called “lymph”. Tissue pressure moves lymph from the intercellular space into lymph capillaries and then into larger lymphatic vessels and ultimately, to the heart.

The secondary function of the lymphatic system is to defend the body from foreign substances and pathogens. Within lymph nodes, phagocytic cells (cell eating cells) are formed and circulate in lymph organs, blood, tissue spaces and within the lymph flow. These cells have a protective function and facilitate the immune response in the body. They can produce antibodies which identify and surround dead tissues, foreign substances and pathogens.

So, for the lymphatic system to function effectively, it must transport lymph from the interstitium and circulate immune cells.

What effect does massage have on the lymphatic system?

Lymph flow was measured using a cannula inserted into the hind leg of the test subjects. To promote lymph flow, the animal’s toes were passively rotated during the test period.

To test the effect of massage, following injection of either the colloid suspension or saline, the animal’s hind leg was massaged over the injection site for 15 minutes.

The effect of elevating venous pressure was simulated using a cuff on the rabbit’s hind leg to create a mild edema.

Lymph was collected 1 hour before and then 1, 2, 3 hours after the injection of the particle suspension or saline solution.

In both the group injected with saline and particle suspension, the lymph flow rate was the same without massage. There was no significant differences at any point in time.

The increased lymph flow rates with massage can be attributed to the enhanced uptake of proteins, particles and leucocytes. With massage, lymph plasma protein clearance rates from the intercellular spaces for the saline and particle suspension groups were elevated significantly. Lymph protein flux increased 10 times with massage. The study demonstrated massage’s ability to increase the uptake rate of protein from interstitium and leakage from blood vessels.

Likewise, massage had a significant effect on the uptake of colloidal materials injected subcutaneously. These materials were effectively absorbed and transported by lymph. Transport of particles through interendothelial gaps in the initial lymphatics increased with the enhanced lymph flow from massage. Massage over the injection site increased particle concentrations in the lymph 47 times from pre-massage levels. Particles were also transported via intercellular pathway after phagocytosis. This transport mechanism was also enhanced with massage.

Finally, massage also increased the lymph leucocyte count significantly in both the saline and particle injection groups. Before massage, the cell counts were 100 cells / mm3 and after massage, the cell concentration in the saline group was 1414 cells/mm3 and within the particle suspense group was 1264 cells/mm3. Elevated leucocyte counts were observed several hours after massage. This indicates leucocyte transport by vasculature was also enhanced by massage.

This study indicates that repeated tissue deformation, in the form of massage, resulted in instant improvement in lymph flow rates. Further, this improvement was maintained over several hours after the massage treatment.

The increase in lymph flow rate also resulted in effectively transporting protein, particles and leucocytes from intercellular spaces into the lymphatic system. Additionally, leucocyte counts were observed to remain elevated for several hours after massage. This indicates that leucocyte transport by the body’s vascular system was also enhanced by massage.

For inactive or immobile dogs, this study shows that massage is an effective method for stimulating lymph flow. Increased lymph flow rates will remove cellular material from the body’s tissues, reduce the risk of lymphedema, and support the functioning of the dog’s immune system. This study shows that even a short massage treatment (15 minutes) is sufficient to provide significant improvements in lymph flow rates and that the effects of a short massage treatment lasted for several hours.

Full Stride provides canine remedial massage treatments to keep dogs exercising regularly and pain free. Massage treatments are provided in the dog’s home (within a service area) and from my treatment room on the north side of Brisbane.

To find a certified canine myofunctional therapist near you, please consult the practitioner listing at www.saena.com.au .