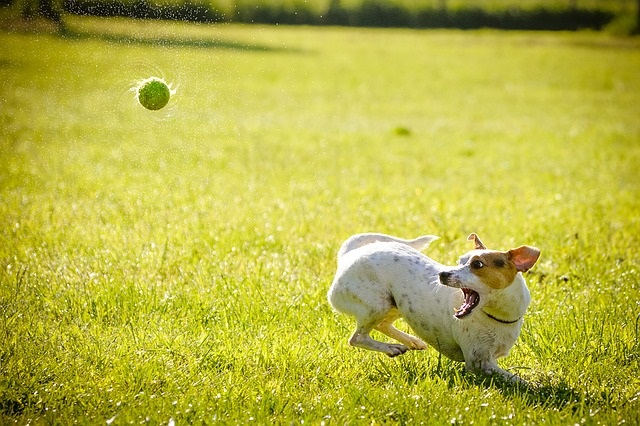 How to prevent repetitive muscle strains in dogs?

Likewise, our dogs can also experience similar muscle strain disorders. Animal studies have found that continued performance of a task resulted in an initial inflammatory response which is accompanied by pain and discomfort. With continued performance of the task, the injury progressed to degeneration of musculoskeletal and neural structures and / or fibrosis (development of excessive connective tissue) along with a decline in task performance.

The causes of repetitive strain injuries in dogs may include:

A study with rats investigated how manual therapy affects the body’s early inflammatory response and fibrogenic phases following performance of a repetitive task. It is thought that by attenuating inflammation in the early stage, the development of fibrosis and other symptoms can be prevented. The study predicted that rats performing repetitive tasks would exhibit behavioural changes indicative of pain along with increased activity in nociceptors (receptors of noxious stimuli) which is also an indicator of pain in the affected limb.

The study involved 34 rats that were divided into four groups as follows:


The rats were trained to operantly perform a reaching and pulling task. The animals were required to reach, at shoulder height, and pull a lever, in doing so performing an isometric contraction. The rats were rewarded for each successful attempt. The task was voluntary, so the rats could choose to participate.

Following an initial five week training period, there was a three week performance phase. During this phase, the rats undertook four by .5 hour sessions in a day with 1.5 hours rest between sessions. The sessions were performed three days / week for the three week period.

During the test period, the treated group received a five minute manual therapy session per task performance day. The treatment comprised mobilisation of the forearm, skin rolling and stretching in both forelimbs.

How did massage and manual therapy affect task performance, inflammation and pain?

Finally, when nerves are injured, collagen and connective tissue increases around the structure. An examination of the median nerve showed an increase in the insulating layer around the nerve fibre in the HRHF group. This group showed increased collagen around the median nerve branches at the wrist and forepaw distal to the wrist. Some of the treated group also showed some fibrosis however it was far more pronounced in the untreated group.

Providing dogs that perform repetitive tasks, sufficient time to rest and heal will enable inflammation from muscle strain to resolve itself. Accompanying rest with cryotherapy may aid the dog’s recovery.

For more information on when to use cold therapy, please see: http://www.fullstride.com.au/blog/cold-packs-for-dogs

Where possible, manage the dog’s environment or ask the dog to perform alternative behaviours so they are not performing unnecessary repetitive tasks which may result in repetitive strain injuries.

Examples of managing the environment may include the following:

Examples of alternative behaviours may include the following:

This study concluded that introducing manual therapy (massage, stretching and mobilisations) prior to severe symptoms being observed prevents and restores injurious changes in function, task performance and tissue integrity. Treatment also prevents inflammation and neural fibrosis and therefore improves function and reduces the severity of symptoms of repetitive motion disorders.

This study showed that the manual therapy intervention prevented the following in rats performing a repetitive task:

These results are contrasted with the untreated group which demonstrated the following symptoms:

The study concluded that repetitive task performance induces inflammation. It is thought that repetitively overloading the muscles causes injury and while inflammation is the body’s normal response to injury, without sufficient healing time, inflammation becomes persistent as it is re-introduced with each performance of the task. It is believed that chronic inflammation will lead to all the other symptoms observed in the current study.

To maintain your dog’s performance and mobility, Full Stride provides canine massage, treatments including mobilisation, stretching and passive range of motion. Treatments are offered in the dog’s home (within a service area) or at a treatment room on Brisbane’s north.

Image by: Karsten Kettermann from Pixabay