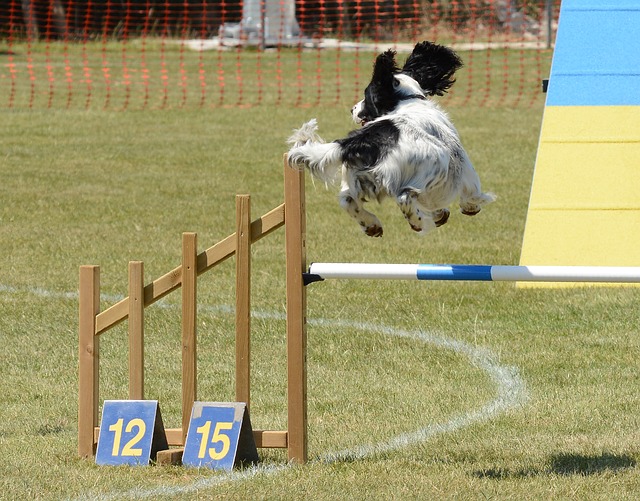 When our dogs injure a muscle, however slight, we typically give them a couple of days rest and then allow them to return to normal exercise. Is this approach sufficient to restore the dog’s muscle strength or are we risking re-injury?

What is muscle injury?

Muscle injury involves tearing of muscle fibres and disruption of vascular and connective tissue support. The most severe muscle injury will involve a complete rupture of muscle fibres across the muscle belly. In severe cases, the dog will show very obvious signs of injury including an inability to weight bear on a limb, loss of function, and signs of pain such as extreme sensitivity to touch or vocalising.

At the other end of the scale, less severe injuries may only affect only a few muscle fibres. With minor muscle injuries, we may not see any outward sign of the injury. The dog may initially limb for a few steps and then show no other signs of an injury.

What are the common causes of muscle injuries in dogs?

Muscle injuries can be caused by a range of incidents and actions including:

What are the stages of muscle healing in dogs?

There are several phases of healing that occur, regardless of the cause or severity of the injury.

The repair phase starts from three (3) days to up to six (6) weeks after injury. During this phase, there is competition for regenerating functional muscle fibres and producing fibrous scar tissue. In the repair phase, the extracellular matrix comprised of fibroblasts including collagen is produced. This extracellular matrix provides a structure upon which muscle fibres (created by myoblasts) regenerate at the injury site.

When there is inadequate:

then excessive collagen is deposited and fibroblastic activity occurs. This leads to excess fibrous scar tissue forming at the injury site. This fibrous tissue forms a barrier to regenerating muscle fibres crossing the injury site and prevents the muscle from returning to its pre-injury tensile strength. In this state, the risk of re-injury is high.

The remodelling phase occurs 6 – 12 weeks after the injury. During this phase, normal tissue regeneration required for muscle function occurs. The ratio of functional muscle fibres and scar tissue depends on the size of the gap as well as the level of mobilisation and stress at the injury site.

How to restore muscle function and strength?

The type of healing (excessive scar tissue vs regenerated muscle fibres) can be influenced by applying appropriate stress and motion at the injury site during the appropriate healing phase. An animal study concluded that introducing controlled mobilisation after 3 – 5 days of immobilisation (directly following the muscle injury) had the following positive effects:

In a study of rats, the researchers induced a partial muscle tear to the gastrocnemius muscle to test the effect of rest and controlled mobilisation on restoring muscle strength. The study involved 132 rats that were split into the following four groups:

At day 2 post injury, while still in the inflammation phase of healing, hematoma and disrupted muscle fibres were observed in the not treatment and immobilised group. In these groups, inflammatory cells were present around the damaged fibres, this was particularly the case in the no treatment group.

In the no treatment group, fibronectin was present along strands of fibrin indicating the formation of a matrix onto which fibroblasts can anchor. In the immobilised group, fibronectin was present throughout the injury site indicating that a scaffold for muscle fibres had not yet started to form. Early in the inflammation phase, however, the intensity of fibronectin in the not treatment group began to decrease. This finding indicates that the resumption of normal activity acted as a pump to remove the fluid containing fibronectin from the injury site. This conclusion may also explain the presence of high levels of fibronectin in the immobilised group for several days post injury.

During the repair phase, differences in the recovery protocols were becoming obvious. In the immobilised group by day 5 post surgery, the hematoma had almost resolved itself. This was also the case by day 7 in the group that was immobilised for 5 days. This finding indicates that immobilisation post injury is effective in reducing swelling around a muscle injury.

Later in the repair phase, by day 21 there was evidence in all groups of muscle fibres regenerating in the scar tissue. In the group that was immobilised for 5 days before commencing controlled exercise, the orientation of the regenerated muscle fibres was less interlaced than the other groups and more parallel. Parallel muscle fibres have greater tensile strength as they contract along the same axis.

By day 56, in the remodelling phase, there was evidence of fibrous scar tissue in all groups. The most significant amount of scar tissue was observed in the immobilised for 2 days group. In this group and the immobilised group, the regenerated muscle fibres were smaller compared with muscle fibres in the uninjured area. These findings indicate that returning to activity too soon, risks re-rupturing injured muscle fibres resulting in a larger injury area. It also suggests that long term immobilisation and returning to activity too soon, impacts the regeneration of muscle fibres.

At day 56, the regenerated muscle fibres in the immobilised for 5 days group were largely parallel indicating a restoration of muscle function and strength.

What are the effects of physical activity on muscle healing?

In the group that was immobilised for 5 days before starting a controlled exercise programme, there was an accelerated appearance of Type I collagen. Type I collagen appears after Type III collagen and it forms thicker, stronger fibres than Type III. This finding indicates that immobilisation may allow the muscle to gain sufficient strength to reduce the risk of re-rupture. By day 7, after two days of controlled exercise, the subjects in this group showed no signs of re-rupture.

In the group that was immobilised for two days before resuming controlled exercise, a fibrin clot containing fibronectin was detected at day 7, after 5 days of controlled exercise. This finding indicates that the muscle was not strong enough for the stresses of exercise due to a lack of connective tissue. The result was the formation of a larger area of granulation tissue and the ongoing presence of a larger fibrin-fibronectin clot to trap fibroblasts into the area of damage.

This study provides the following insights for dog owners rehabilitating their dog after a mild to moderate muscle injury, that does not involve breaking the skin.

Full Stride provides remedial canine massage treatments to keep dogs active and moving without pain. Treatments are offered at my home based clinic on Brisbane’s northside. Home visits are also available within a service area.

Lehto, M., Duance, V. C., & Restall, D. (1985). Collagen and fibronectin in a healing skeletal muscle injury. An immunohistological study of the effects of physical activity on the repair of injured gastrocnemius muscle in the rat. Bone & Joint Journal, 67(5), 820-828.

Image by SnottyBoggins from Pixabay