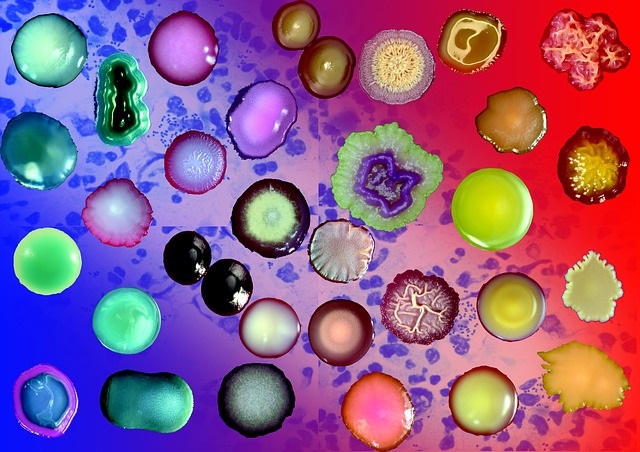 Are probiotics effective in improving a dog’s gut health?

We hear a lot about the gastrointestinal microbiome and its effect on the health of the host: dog, human or indeed any animal. We know the bacteria in the dog’s gut plays a critical role in the animal’s health. They impact the dog’s intake of nutrients, energy expenditure, physiological and metabolic functions, and immune response.

There are a number of factors that can influence the composition and concentration of beneficial bacteria in the dog’s gastrointestinal tract. These include:


A reduction or change in the balance of beneficial bacteria in the gut can result in a number of negative health issues. Issues such as breakdown of the intestinal barrier which allows larger particles to pass into the dog’s body and facilitate chronic inflammation, increase in pro-inflammatory cells, and reduction in cells that target and neutralise pathogens and toxins can result from imbalances in the gut microbiota.

If your dog’s intestinal microbiota is out of balance, how can the balance be restored and are probiotics effective?

Can probiotics change the composition of gut bacteria?

Finally, the study investigated if the effect of probiotics changed based on the age of the dog.

The duration of the study was 75 days and involved 90 client owned dogs. Dogs were divided into three groups based on their age and whether they attended training as follows:

Each group was then randomly split into probiotic and treatment groups.

No dogs involved in the study had consumed antibiotics within 30 days of the experiment period.

All monitoring and measurements were undertaken on days 0 (before treatment period), 30, 60, and 15 days after probiotic supplementation ceased.

Do probiotics improve the general health of dogs?

The study observed no differences in general health measures between the dogs receiving probiotic supplements and the control groups. Between these groups, the dogs’ respiratory rate, pulse rate, body temperature and white blood cells concentrations were not different. This finding indicates that the probiotic supplement used in this study is generally safe for use in dogs at the levels administered and for the treatment period of this study.

Unlike the effects on respiration, temperature and white blood cell counts, probiotic supplementation had an effect on diarrhoea scores. Significant differences in diarrhoea scores were observed between treated and control groups. The scores of the group receiving probiotics were lower between days 30 and 60 days than the control group. The effects of probiotic supplementation lasted for 15 days after the treatment ceased. The study concludes that the probiotic treatment is effective in alleviating diarrhoea.

Like the effects on diarrhoea scores, probiotics also had a positive effect on food intake and weight gain. The daily food intake for the young and training groups increased after 30 days compared with the pre-treatment levels. Further, between days 30 – 60 days, all groups receiving probiotics increased their average daily weight gain.

The mechanism for improvements in older dogs’ food intake and resultant weight gain may be due to changes in the composition of gut microbiota facilitated by probiotic treatment. Before probiotic treatment, the study showed there were differences in the composition of microbiota between young dogs, the training group and the older dog group. These differences were principally in the levels of bacteria that have a role in protein metabolism. The young and training groups had higher concentration of these type of bacteria than the older dogs. With probiotic supplementation, the composition of the bacteria in the older dog’s gut shifted to reflect that of the younger dogs and this shift is thought to lead to the improvements in food intake and weight gain.

What is the effect of probiotics on the dog’s immune system?

The study investigated the effect of probiotics on several immune markers in the dog’s blood and faecal samples. The following immune markers were monitored throughout the study: faecal SIgA, serum IgG, IFN-alpha, TFN-alpha and IL-6.

SIgA is the main antibody type found in the mucosa of the gut. It is beneficial to the dog as it neutralises toxins and foreign substances. Likewise, serum IgG is an antibody found in blood circulation. IFN-alpha attacks viruses, so plays a key role in the dog’s immune response.

On the other hand, TNF-alpha and IL-6 are pro-inflammatory substances.

The levels of serum TFN-alpha was lower in the older dog group and the training group at day 60 compared with the control groups for these ages. The probiotic supplementation did not have a significant effect on the TFN-alpha levels on the young dogs.

The results indicate that probiotic treatment may strengthen the dog’s immunity by increasing beneficial immune markers and reducing the levels of pro-inflammatory substances.

The study concluded that the dog’s age was the most significant factor influencing the composition of gut bacteria. The gut microbiota of older dogs receiving probiotic supplementation showed the greatest response to the treatment compared with the young and training aged dogs.

The study evaluated the number of bacterial species in faecal samples to determine the biodiversity of the gut microbiota. The most significant factors influencing the diversity of gut bacteria appeared to be the dogs’ age and then, the severity of diarrhoea.

The older dogs compared with the other groups had significantly more Fusobacterium perfoetens and Fusobacterium varium. This genus of bacteria are generally considered pathogenic.

The young dog group had greater concentrations of Streptococcus, Peptostreptococcus russellii and Lactobacillus acidophilus, both of which occur normally in the gut microbiota and play a role in digestion.

In the training group Bacteroides and Lactobacillus animalis were significant compared with the other groups. Bacteroides play a role in excluding pathogenic bacteria from colonizing in the gut.

Following probiotic treatment, the dog’s age appeared to be a factor in the changes in the composition and structure of gut microbiota. The older dog group showed significant differences in the microbiota diversity and structure at day 60 and 15 days post-treatment, compared with the control group. The composition of bacteria changed throughout the treatment period and after treatment ceased. From day 0 to 15 days after treatment, beneficial genus of Bacterioides and Faecalibacterium was significantly higher than the control group. For Bacterioides, the concentration was highest at day 60 and Faecalibacterium was highest at 15 days after treatment ceased. At the end of the treatment period (day 60), the older dog group showed the lowest levels of pathogenic bacteria including Clostridium, Flavonifractor, Oscillibacter and Blautia compared to the control group.

In the training group, at day 60, there were significantly higher abundance of Lactobacillus animalis and Lactobacillus acidophilus compared to the control. This group also show less potentially harmful bacteria: Escherichia coli and Collinsella stercoris.

The young dog group showed a slight difference in gut microbiota between the control and probiotic group at day 60 and until 15 days after treatment. At day 60, this group had higher concentrations of beneficial Bacteroides coprophilus, Lactobacillus animalis and Lactobacillus johnsonii compared with the control group.

Can probiotics slow the ageing process in dogs?

The study showed a positive correlation between specific species of gut bacteria with the dog’s daily food intake, daily weight gain and immunity. The results indicate that probiotic treatment could enhance immune factors and decrease pro-inflammatory factors by increasing concentrations of beneficial bacteria in the gut.

Older dogs showed the greatest response to probiotic supplementation in terms of changes in the diversity of their gut bacteria and the impact of these changes on health and immune factors, compared with the older dog control group. These results indicate that probiotic treatment may contribute to slowing the aging process by maintaining healthy weight and preserving the dog’s immune function. Restoring a healthy gut microbiota correlates to improvements in the dog’s ability to digest food and assimilate nutrients to maintain a healthy body weight. Improvement in the gut bacteria also appears to decrease inflammation and improve the dogs’ immunity to toxins and pathogens.

There are some limitations to this study which could be considered. These include:

Full Stride provides canine nutrition consultations. I work with you and your dog to tailor a diet plan that meets your dog’s nutritional and health requirements and fits with your lifestyle.

To find a certified canine natural health practitioner in your local area please see the practitioner listing at www.saena.com.au